For Men, spirituality is a means to an end that manifests in the physical world, even though it begins and ends in his mind. Men achieve spirituality through action. These actions have the *side effect* of attracting women and being invited into the company of other successful Men.

Sitting with Slash (not his real name, unfortunately) I was forced to really dig into what I believed Manhood is. I use the capital “M” as a way to differentiate the Manhood you may be born with from Manhood, something you must achieve take for yourself. There is a very specific formula that I was taught and subscribe to that I gave him. It’s something I sincerely believe will allow him to have the same social success, personal pride, and respect from others that I enjoy.

Do Something Painful & Seek Discomfort

I have never wanted to be a professional athlete, though I have always tried to maintain myself well physically. I train in Power Building, Weight Lifting, Brazilian Jiu-Jitsu and Grappling. For other Men it’s Track & Field, Wrestling, Boxing, Fencing, or any one of the hundreds of contrivances Men devised that tax us physically. Being a Man that has a healthy competitiveness and a respectable body is arguably the cornerstone of Manhood.

Being able to do violence often prevents it from occurring. Have a body that looks like it can defend itself when needed and you’ll hardly ever have to. The added benefit is that women, far more often than not want a Man who can physically protect them, even if he may never have to. Women may settle for Men who don’t appear physically competent but desire one who is. Emphasis on desire, not to be confused with want or need.

Being “in shape” isn’t something that can be borrowed or faked. It stands on its own as a clear testament to a Mans dedication, his commitment to a goal. Other Men respect you more and women find you far more desirable. It also sets the stage for a longer, healthier life.

To be clear, everyone associates being fat and/or obese with being lazy and stupid. It often has nothing to do with either, but when you have to start a relationship or friendship from a place of having to prove that you are not lazy and stupid you’ve lost before you’ve begun. Life is an unfair, competitive race, do everything you can to give yourself an unfair advantage.

If you have already read Men: Build / Create / Make Something! or Men: Be Shark Minded! , then you already know that when Phyllis, founder of http://www.phyllisrawley.com/ me to pen a piece on “The cross of the need for spiritual growth and the best of the masculine identity”, I searched for the correct framework and context for quite some time. Once I’d had a conversation with Slash, a man who asked my advice on some of the things all men deal with, I knew it would form the source material for what she wanted from me. I am going to break down and illustrate the points I made and insights I shared with him through our conversation. I’ll break it up into chunks so that I can really dig into the finer points of how I rationalized my advice. I’m looking forward to your insights as well. 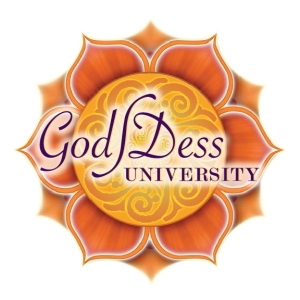 Her main page is:

You can watch her video essays on YouTube HERE.

If what I wrote is interesting or you enjoyed it, send $5 in BitCoin to this address.
It’ll buy me coffee to fuel my mind while I write!