Jessica made a profound statement!  She was talking about men, and the difficult, awkward, sometimes insulting ways they she’s been approached. When she said that after particularly insensitive comments from some men, she confronts them on their poor choice of words with ”So, I’m White enough to feed your self-hatred, but Black enough not to piss off your family?”

I was floored!  After that, I asked her to really dig in and unpack her thoughts.  This is what she came back with.

Self-hatred comes in several forms, from subtle to overt. It can be expressed as “woe is me” self-loathing, or it can be projected on to others in order to deflect attention. For generations, it has been common for Black Americans to practice self-hatred.  It’s a common practice; a tradition rooted in slavery and passed down from parent to child.

I am not one to automatically categorize interracial dating as a sign of self-hatred. While it is true that exclusively dating out of one’s race can be a manifestation of self-hatred (or Mommy/Daddy issues), it is not a conclusion I jump to.

My parents met in 1968. At the time, my father was very much a militant Black man from Cumberland County, VA who held strongly to the beliefs of the Black Liberation movement of the 60’s and 70s. My mother was a White hippie and recent college grad from Waterville, ME. I’ve always known what they endured to be together. Being of mixed race and identifying as a Black woman, I don’t assume that every Black man I see with a White woman hates himself or his people, as many Black women in America do.

A personal pet peeve of mine: being approached by Black men who think it will flatter me to tell me that they don’t like Black women, but are very attracted to me. It’s almost a way of telling me that they’re into me because I’m not “too black”. Moreover, this is a conversation I’ve been forced to have several times in my adulthood.  In these conversations, the men then go on to justify their dislike for Black women with things like “Black women are just too much drama”, “…have too much attitude” and “…don’t know how to treat a man right”. Upon meeting me with this, my immediate reaction is usually “Well how do you know those things don’t apply to me as well?” At this point in the conversation, it is palpable that I am not at all amused by what he thought would flatter me.  Men begin to back pedal frantically for other things to say. It often goes on to hearing statements like “Black women just aren’t all that cute” or that they “wear too much fake shit”.

I could retort with “But I’m black.” but there is no need for that. Because clearly what he meant was that darker women “aren’t all that cute” and wear too much fake hair, nails, eye lashes and make up, or what they refer to as “fake shit”.

I have issues with this on several levels. My first being that as an American, I identify as being Black, and I identify as being a woman.  I am not at all uplifted by putting down darker skinned women as it insults my core sense of much-needed sisterhood. Aside from them being clearly unaware that perhaps the dark-skinned women these men know are wearing all of that “fake shit” because men like them have taught them that they “just aren’t that cute”, I am also now wondering how these men see themselves, and the Black women who raised them.

Many times when it becomes clear in conversations that this form of flirtation is not winning me over, these men can’t understand why. Fortunately, I find times where my explanations are received with thought and acceptance. Still, over the years I’ve learned what to look for in determining which men will only become defensive and more disrespectful by hearing it. With them, I feel no need in explaining things they aren’t ready to hear.

My greatest issue in this scenario is the likely outcome of entertaining a man like this. I plan to one day have a family. So, say I do get involved with a man who believes women darker skinned than me to be in some way inferior, and he and I produce a daughter…. (do you see where this is going?) That daughter will most likely darker than me and this sort of subconscious self-hatred is easily passed down to her, effecting how she feels about herself. The last thing I will allow a man to teach our daughter is that she and girls like her are not beautiful, worthy or desirable. This works the same with sons, as I don’t plan to continue this line of thinking with any male offspring either. The greatest indicator of who our children will become and how they engage in the world is who they see we are and how we engage in the world.

This brings me to my childhood.  Though my father was married to a White woman, and had biracial children I never once heard him speak poorly of Black women. He had reasons for never falling into that trap. Aside from him being extremely close with his mother, his first marriage was to a Black woman and his older children were not biracial. I’m most reminded of how my father understood that despite our lighter complexion and White mother, in our society my sister and I were seen as Black girls who would grow to be thought of a Black women. He was aware of how the color complex issues in the Black community effect how children in that community see themselves. In turn, how we see ourselves is how we engage in the world. I choose to engage in the world from a place of worthiness.

Often when we carry the things taught to and handed down to us from birth anything that challenges what we are taught, or calls it something ugly, it poses a threat to our entire foundation and sense of stability. It takes a great amount of courage to examine ourselves in the light of day. That which is loathsome, corrupt and repulsive is also an inescapable part of human nature. It is basic psychology that the things we don’t like about ourselves become the very things we attack in others. How we see ourselves, is how we will see each other.

This form of self-hatred is a very long and cultivated system of thought and behavior for Black Americans. It’s been carefully taught and engrained into the culture throughout hundreds of years to benefit the socio-economic White power structure that had built this country. It is what is known as The Willie Lynch Syndrome.

“I shall assure you that DISTRUST IS STRONGER THAN TRUST AND ENVY STRONGER THAN ADULATION, RESPECT OR ADMIRATION. The Black slaves after receiving this indoctrination shall carry on and will become self-refueling and self-generating for HUNDREDS of years, maybe THOUSANDS. Don’t forget, you must pitch the OLD black male vs. the YOUNG black male, and the YOUNG black male against the OLD black male. You must use the DARK skin slaves vs. the LIGHT skin slaves, and the LIGHT skin slaves vs. the DARK skin slaves. You must use the FEMALE vs. the MALE, and the MALE vs. the FEMALE. You must also have white servants and overseers [who] distrust all Blacks. But it is NECESSARY THAT YOUR SLAVES TRUST AND DEPEND ON US. THEY MUST LOVE, RESPECT AND TRUST ONLY US”

(The William Lynch speech is an address purportedly delivered by a certain William Lynch to an audience on the bank of the James River in Virginia in 1712 regarding control of slaves within the colony.) 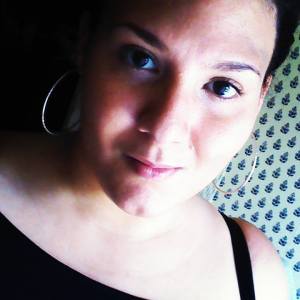 Jessica is an outspoken World Traveller, Activist, Poet, Musician, and Youth Advocate.  Please be sure to leave any questions, or comments for her below.